When You’ve Lost That Lovin’ Feeling 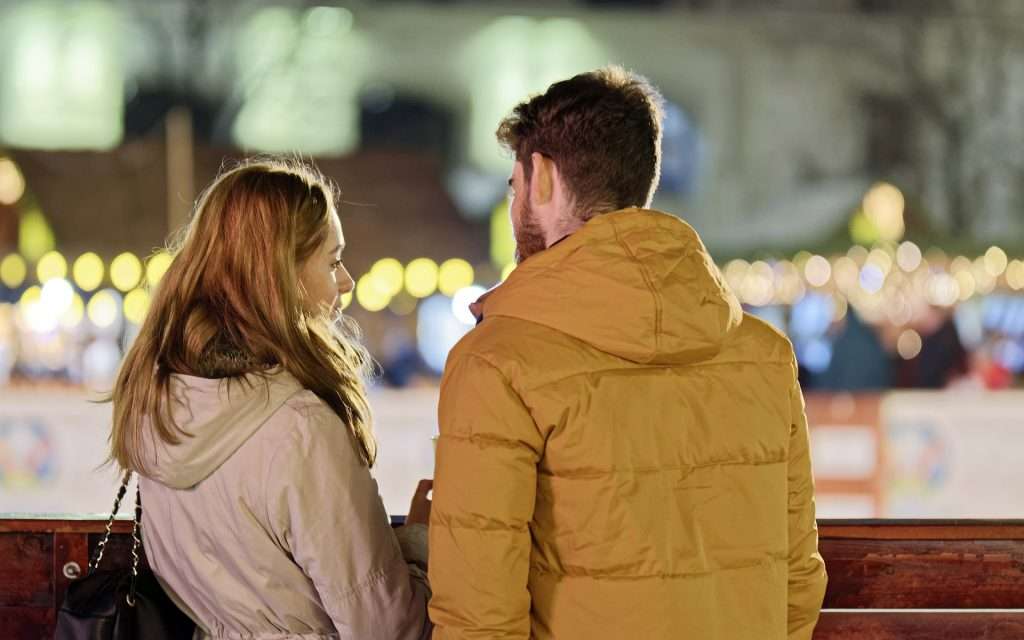 “Jeremy told me that he loves me but he’s not IN love with me. When I asked him what he meant, he couldn’t really explain it. Something about no longer feeling the same way that he used to but nothing specific. I knew where this was going and sure enough I was right. The next thing he said was ‘I want us to be friends, good friends’. Well the very LAST thing I want to be with him right now is his friend. I don’t ever want to see him again!”

“I love you but I’m not IN love with you.” Linda and I have heard from so many people who were on either the sending or the receiving side of this message that we began to get curious about what was going on with them when they received or delivered it. Some of the things that we heard them say about what they really meant but felt that they couldn’t say were:

—I’m not enjoying our relationship anymore and I don’t really want to continue being in it.

—I don’t think that we’re a good fit.

—The thrill and intensity of the initial infatuation have faded and now it’s not as much fun as it used to be.

—I think you’re a nice person, but I’m holding out for someone with whom there will be no fading effect and things will be easy, fun, and hot with us all the time.

—I’m beginning to notice that we have “issues” and I don’t like where this is going.

—I want to get out before it gets too difficult to leave.

—I’m thinking that you have longer-range plans for us than I do.

—I’m feeling claustrophobic in our relationship and I don’t know how to talk about it without making you upset.

—I’m having feelings that are uncomfortable and disturbing to me and I think that you’re causing them.

—I don’t want to hurt or anger you because then you might do the same to me so I’ll try to say what I need to say in a way that won’t make you feel bad.

—You don’t make me feel the way you used to.

—I want to slow/cool/wind down our relationship.

Not every relationship is meant to last forever, and more often than not, each partner may feel differently about whether or not it’s time to call it quits. But how do you know when it’s really over and when the discomfort that you feel is an indicator that there’s work to be done before you can upgrade your relationship to the next level? Knowing the difference between these two is crucial for anyone who seeks to deepen the quality of connection in their relationship. Like the lyrics of another popular song say, “You gotta know when to hold ’em, and when to fold ’em.” The impulse to fold is strong when things (inevitably) get difficult in a relationship. There is an understandable tendency to justify our decision by telling ourselves that it’s just not working anymore, rather than looking at some of the deeper causes for the boredom, resentment, or discomfort. The problem with leaving too soon is that you may be missing the very thing that you originally signed up to get in the first place. It’s possible that the love that you wanted to experience is available on the other side of the next challenge, or the one after that.

“That loving feeling” is often another term for infatuation, which literally means, “to be in a state of unreasonable and short-lived passion.” The word “fatuous” means “deluded and self-deceiving.” Infatuation is nature’s way of getting us together so that we can perpetuate the species. We are, when we are in a state of infatuation, quite literally “out of our minds” and our brains are drenched in hormones and chemicals like endorphins and oxytocin that produce irresistible sensations, feelings, and urges. Fortunately, the experience of infatuation is temporary. “Temporary,” however, can range from minutes to years. The question then has to do with how we deal with the inevitable let-down when that loving feeling is lost.

One way is to look for someone else with whom you can recreate this experience. Some people are so in love with the feeling of falling in love (another term for infatuation), that they become serial lovers, sometimes in the hopes of finding that person with whom there will be no fading effect. Some just decide that they are not the settling-down type. Then there is that small group that knows that infatuation is impermanent and that something even better than that awaits those who are willing to explore and investigate the deeper reaches of relationship: that which lies beyond sensory pleasure.

Unfortunately, there is no generic answer to the question “How do you know when to hang in there and when to cut your losses?” It is, however a pretty safe bet that if you don’t feel that you’ve given things your very best shot, then it’s worth hanging in there a bit longer and making that extra effort. Sometimes we think that we’re out of gas but there’s actually more in the reserve tank. Athletes experience what they refer to as a “second wind” that often occurs after the point at which they feel that they are on the edge of depletion.

Being in relationship, as many of us know from our own experience, is not unlike being an endurance athlete. It may require the willingness to hang in there and go past the point where you feel like quitting and giving up in order to find the hidden strength or energy needed to finish the race. The fear of hanging in there too long is often that we may be at risk of getting hurt or reactivating previous wounds that are not completely healed. Willingly exposing ourselves to that risk helps us to cultivate the kind of resilience that enables us to expand our capacity to endure and overcome obstacles that are on the path.

And there can be a time when it may be appropriate and necessary to call it quits. When you’ve given your best, kept your focus on doing your own work instead of concerning yourself with how your partner is doing; when you’ve learned the lessons that your relationship has provided you, and when continuing to make the effort leaves you feeling diminished and depleted rather than inspired, it could be time to consider the alternative. To do so at this point is not a matter of “quitting” but rather letting go of the hopes and desires that you had of the relationship, allowing yourself to celebrate the rich experiences you shared, and grieving the loss.

If we engage with others consciously and responsibly, then each relationship, regardless of the outcome, provides us with greater insights and teachings that contribute to the wisdom, compassion, and love that we have to bring to all of our future relationships. The gifts on this path are abundant and amazing. They include: courage, commitment, imagination and compassion, and oh yes, patience, lots of it, because it doesn’t happen overnight. And you get to benefit from them regardless of the outcome of your relationship. It’s a pretty good deal.