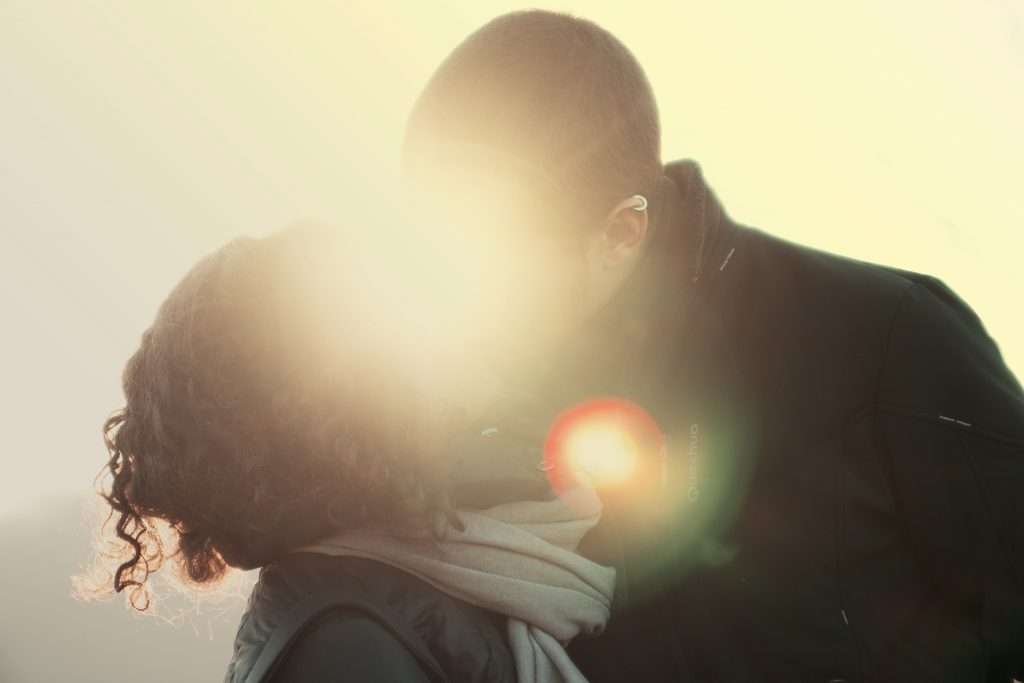 Did you ever think that it was a cruel joke of nature that many of us find ourselves attracted to people very much unlike us? I mean, wouldn’t it be an awful lot simpler and a lot less messy if we tended to be drawn to those whose personalities are more like our own rather than those who seem like they are polar opposites of us? Especially given the inclination that seems to be present in most humans to see the way that we are as the “correct” way and to try to influence the other person to become more like we are, rather than vice versa. It sure can make for some “interesting’ dialogues.

But consider the possibility that those differences that can seem so problematic may actually be the very things that add spice and passion to your relationship, particularly its sexual aspects. We are drawn to others out of needs and desires that are unfulfilled in our lives, such as a desire to experience greater connection, security, love, support, and comfort. On the other hand, some of those unfulfilled longings have to do with their polar opposites, such as adventure, freedom, risk, challenge, and intensity. While these needs and desires may appear to be mutually exclusive, they not only can co-exist with each other, but in the process, generate a “tension of the opposites” that produces the passion that sustains, deepens and enlivens relationships.

In an age in which external cultural norms no longer sustain and enforce the continuation of long-term partnerships, the generating internal motivation, that which comes from within the relationship itself, is essential to its long-term growth and viability. The incentive to support that motivation comes from the ability of both partners to continue to co-create compelling experiences on an ongoing basis. While security, safety, closeness, and comfort are certainly qualities that characterize all fulfilling relationships, without a balance of excitement, passion, adventure, risk, and yes, even a certain degree of separateness, security becomes boredom, dependability becomes indifference, intimacy becomes claustrophobia, and comfort becomes stagnation. The French view this paradox not as a problem, but as something to celebrate. Rather than say “Oh merde” (look it up if you aren’t sure what this means) when this apparent contradiction shows up in a relationship, they say, “Viva la difference!

It’s “la difference” that makes relationships edgy, dynamic, and exciting. As most of us know, differences can and do show up in a lot of ways. Opposites, or perhaps more accurately, “complements” do attract. Introverts and extroverts, morning people and night people, impulsives and planners, steady plodders and adrenaline junkies, adventure-grabbers and security-seekers…there’s no denying the idea that something in us is drawn to people who counter some of our dominant inclinations with complementary tendencies. And while this can create some interesting challenges for most couples, these differences are actually the source of what is considered by many to be the source of the most important aspect of any successful relationship: chemistry. Chemistry refers to that undefinable quality that is the basis of the attraction.

While the first thing that we consciously become aware of in meeting someone is their physical appearance, what determines the degree to which we find them attractive is something that is much more than skin-deep. It has to do with a feeling, an instinctive sense of the qualities and tendencies that may be all but invisible to the naked eye or to our conscious awareness, but are recognized by a kind of inner radar that identifies and responds to someone on a subconscious level. We’re probably asking some version of the question: “Is my experience of myself more whole, more complete with this person?”

When the answer is “yes” and the chemistry is strong, our relationship is likely to be powerfully compelling, particularly in the early stages, when the fire of infatuation is sufficient to ignite our mutual passion without much effort on anyone’s part. This intensity will continue without any effort or concern on either partner’s part until the elements of mystery, excitement, risk, and adventure that drive the feelings of infatuation burn out or atrophy. When a relationship is imbalanced because of an excessive amount of danger or threat, feelings of anxiety inevitably arise and create instability. This diminishes the feelings of security that are also important to the sustaining and deepening of the relationship. Similarly, an excessive attachment to security can diminish the excitement level and move the needle too far to the left on the security-adventure spectrum. Great relationships thrive on passion, particularly passionate lovemaking, and in trying too hard to avoid risk or novelty, we may inadvertently cool down the sexual heat by transforming our perception of our partner from a lover to a parent or a child.

A commitment to continual harmony and peacefulness can be as threatening to the integrity of a successful relationship as an excessive amount of risk, discord or disharmony. Creating a balance involves the ability to hold the tension of the opposites, without going too far over to one side or the other, which by the way is unavoidable. Fortunately when the inevitable occurs, as it occasionally does, it is possible to put in course corrections that can re-stabilize things. Sometimes we have to risk going too far in order to find out how far we can go. And, there is no fixed or correct point at which we can find some permanent balance. This is a dynamic process and the balance point between the two poles of security and adventure is constantly in flux, and influenced by the inner and outer realities of each partner and the needs of the relationship itself at any given moment.

Sounds complicated? Not really. It’s actually pretty simple, but simple isn’t necessarily easy. Particularly when your operating system has been wired from (or perhaps before) birth to have certain tendencies and inclinations. Influencing the system is possible, but it does take a willingness on the part of both people to risk moving into their partner’s world and accommodating their needs and values without compromising their own. Again, easier said than done.

Yet the more we practice being on either side of this process, the more capable we become of developing the kind of flexibility that passionate relationships require. And over time, the process of making the micro-adjustments that great relationships thrive on becomes effortless, natural, and even fun! There is, for most of us, a learning curve that isn’t always fun, and can be, at least temporarily, unsettling. That seems to be the case for any new challenge that we step into. If we can overcome the initial resistance that is inherent in the process of making life changes, the long-term payoffs can be worth every moment of the process. But don’t take our word for it, find out for yourself!